Three years on the road touring and thousands of k's later I am happy to release my third album, 'Blues Road'.  I hope you like it!

Mark is a third generation musician,influenced by the early music that came out of Americas Deep South.                                     With powerful vocals his renditions are raw, played on Acoustic and Dobro slide guitars, backed by a stomp box.
Classic blues sounds of New Orleans, Chicago and Memphis combined with earthy blues originals, with some folk overtones, delivered with impressive presence, that's never overstated.
He has performed at festivals including Gympie Music Muster, Agnes Water Blues, Roots & Rock Festival, '17 & '21, Rotorua Blues Festival, NZ., Festival of King Is., Tas.,
and the upcoming Airlie Beach Festival of Music    ' 22

2018 into '22 has seen this troubadour touring throughout Qld.

with a tour to Adelaide pending for Jan. ' 23

In October 2020 he released his third Album, consisting of original material.
Acoustic Blues blended with some folk influence.

Previously, with brother Red, their 2017 Album " Porter Bros Blues " reached No. 13 on the Australian Blues and Roots Airplay Chart.

Growing up in Adelaide, he was surrounded by music.
His Grandfather Albert started the first brass band in Thebarton.
Mark's father Max played sax and clarinet and led a sixteen piece orchestra.
When Mark first picked up the guitar his early influences were country and folk music, until he heard Eric Claptons' renditions of Robert Johnson.
He has been playing the blues ever since.

Mark formed his first blues band,
" Texas Flood " in the mid 90's and they played the Central Queensland area extensively.

In 2004 he made the move to the Sunshine Coast.
Immediately joining local band "The Blues Burners"

Shortly after the release, he hit the road to promote the album, travelling Aust. for 5yrs,
playing venues in Qld, NT, WA and SA.

He is continually playing solo gigs throughout Australia. 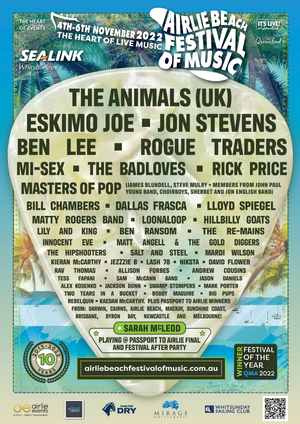 Hope to catch you there

Hope to catch you there.

Hope to see you there.

Well after 3 long years and thousands of k's on the road touring....I am excited to release my 3rd studio album, 'Blues Road'.

An acoustic blues album with a touch of folk you'll hear stories of shipwrecks, road-tripping…